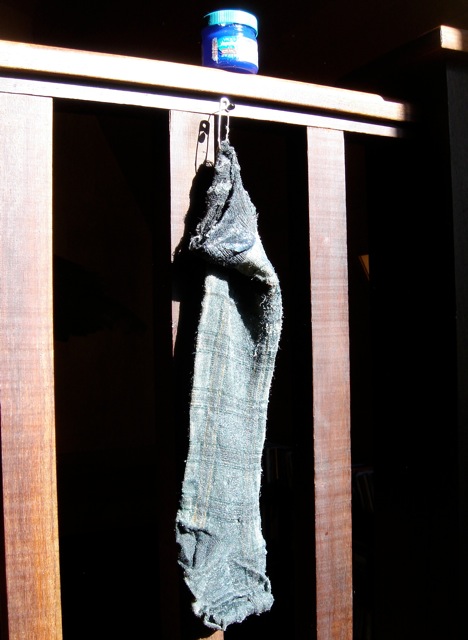 She wasn’t a sparkling wit, and I can’t recall ever hearing her guffaw. But she certainly wasn’t dull, though she wasn’t particularly insightful. She could be a bit overbearing and to my mind, unnecessarily strict, but in addition to putting her husband through medical school, and raising five fabulous children, and volunteering in all things Church and Community, and still having time to make chicken tortilla casserole, Madre knew how to keep her family in line.

The woman broached no nonsense when it came to malingering, and she was unmoved at the sight of our blood—unflappable and unsentimental in the face of catastrophe. I vividly recall the time Diana Hollis came screaming, hysterical, to our front door late one afternoon. “Mrs. Hansen, Mrs Hansen,” she cried in a treble shriek that carried up and down the length of Ferncreek, “Jimmy cut his heel off on the go-cart and he’s bleeding all over everything!”

Madre didn’t miss a beat. “Tell him to stay outside on the porch,” she shot back from the kitchen. “I just mopped the terrazzo.” (Madre was nothing if not practical.) Not for her the frantic trip to the doctor for our inevitable scrapes and sniffles. No, Madre had another method for dealing with the infirmities of childhood.

I don’t know where it came from; it was probably found abandoned and rotting in the back of the covered wagon Grandma took across the plains to the Promised Land. The Sock was knitted of scratchy raw-wool-pus-yellow yarn, ribbed down the sides for maximum discomfort, and had been first basted in, then liberally smeared with a reeking layer of Vick’s Vapo-Rub so potent that sixty years later the mere memory of it causes me to dry heave. (Glaaagh.) Whenever one of us would complain of a vague malaise, out it would come to force our hand. And uncharacteristic of her normal frugality, Madre made sure to renew it with a stinking glop of Vick’s at each and every use. Thus prepared, she tended to what ailed us, securing the woolen abomination around our necks with a rusty diaper pin, immovable and inviolate.

Let me amend that; it itched like a motherfucker. It itched like the fleas of a mange-ridden cur. It itched like God’s own poison oak patch around the trunk of our tiny toddling necks, and she always made sure to fasten it as tight as a cervical collar—just short of actual strangulation. Sore throat? Ear infection? Scarlet fever? It didn’t matter; if it oozed, ached or dripped we got… The Sock. In theory, germs and viruses were supposed to see that thing coming and shrink away in terror, but in truth, I believe it held a more sinister purpose. Madre was a busy woman, and Madre was no fool.

Accordingly, none of us dared fake an illness to try to get out of school or snag an extra hour or two in bed, because no matter if it was a tummy ache, a runny nose, or a case of the barfs, we knew what was waiting for us in the back of the medicine cabinet. Some sick little kids we knew got chicken soup and old movies. Some got board games, and soda pop, and soothing lullabys. But the Hansen kids got a dark room, utter silence, and. . . The Sock. (Actually, there was another horror I forgot to mention; first we got the thermometer, THEN we got The Sock.) It was Madre’s way of triaging our sincerity.

As for its healing powers, well, you can believe that we “recovered” as quickly as possible and with as little fuss as possible—and stayed that way for fear of spending another night with that awful thing gagging us to sleep. It was that effective. . . .

When I got a bit older, Madre turned me into her toady and initiated me into the Motherly Mysteries of The Sock. I learned how to smear on the Vick’s just so, how to smooth out the ribs and adjust the safety pin. I learned how to still the squirming neck beneath my scrawny elbow and fasten The Sock just short of choking. And when my victim was finally allowed release from its stranglehold, I learned how to fold The Sock and roll it up and stuff it back in its midnight blue glass Vick’s jar… for next time. (And with five sneaky kids there was always a “next time.”)

I don’t recall the exact circumstances, but in the mid-recent past, Madre sent the sock down to me as an adjunct birthday present, and I have to admit that after all those years, I beheld it again with some genuine fear and loathing. I held it by the toe, far away from my person—like some grunty diaper—and marveled at the longevity of that ancient rusted safety pin.

It was threadbare and ragged, from 50+ kid-years of trying to claw it off, and shrunken from the three or four times it had been washed, but it still fit. It still choked me, and it still itched like a motherfucker.

With a nostalgic chuckle, I put it away “someplace safe” as a sort of perverse keepsake, and Madre and I had a good laugh over the thing, but somewhere along the line I forgot all about it and it disappeared. I’ve spent the last three weeks wracking my brain as to where it might be and tearing my closets apart searching for it—heroically, I might add—all to no avail. I even tried my sister Laurie’s suggestion that I “just sniff it out”, but so far it’s eluded me.

I know there’s no way it got thrown away—that would have been sacrilege—but the thing was so noxious I’d not be surprised if it had gotten up and skutched away under its own power, and is now lying in wait somewhere until just the right moment when it can sneak back into my bedroom and insinuate itself around my throat some night as I sleep—the stuff of nightmares and evil clown cartoons.

I never thought I’d miss that god-awful itchy, stinking thing, but now that Madre has gone, it occurs to me that there was so much love and concern smeared into its magic juju, and so many answered prayers inherent in its fraying old threads, that now it’s the most precious thing I can possibly imagine, and it just breaks my heart that I can’t find it so I can smear it with Vick’s and sleep with it pinned securely, comfortingly, lovingly. . . under my pillow. 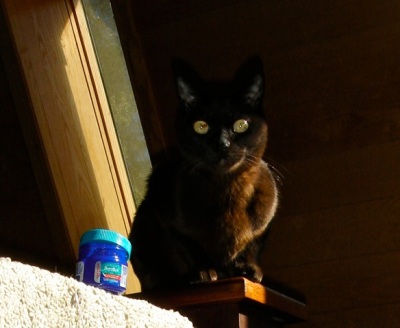 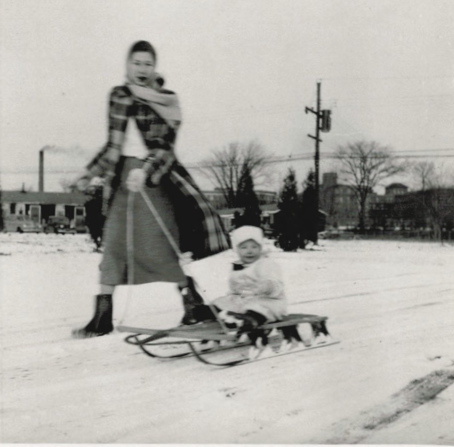 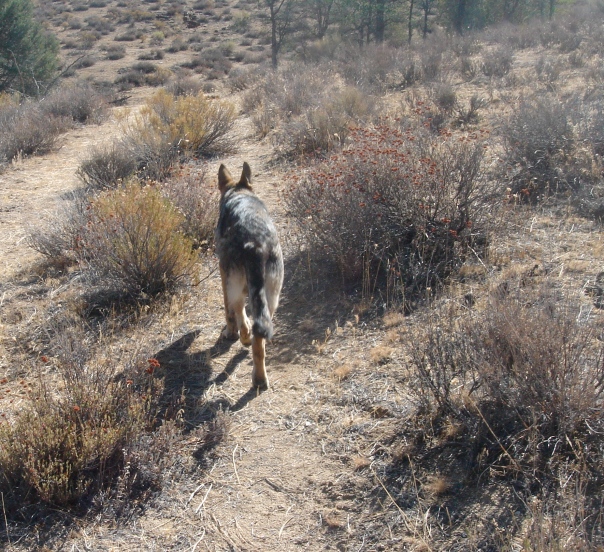